Born in 1966, Pandit Uday Bhawalkar is a standard bearer for Dhrupad and a strong force in its growing recognition and popularity. Uday believes that in total immersion in note and raga the self disappears, and music takes on its own existence – the principle of ‘darshan’. These values help him on the path of devotion to Dhrupad.

Maintaining the majesty and subtle nuances of Dhrupad, Uday has developed a personal style deeply embedded in raga ras and bhaav, bringing a creative melodic touch within the precise intonation and pronunciation of the Dhrupad style. Uday spent over 12 years studying and living in the traditional guru-shishya parampara with Ustad Zia Fariduddin Dagar (Vocal) and Ustad Zia Mohiuddin Dagar (Rudra-Veena), the towering pillars of the Dhrupad tradition. During this period, there was a simple and complete concentration on the music itself. The intense relationship that he shared with his gurus, in which the Ustads gave willingly of their inner secrets and Uday devoted himself to music, brought him to a deep sense of completeness and wholeness. The most significant episode of this period, which inspired Uday for life, was when Ustad Nasir Aminuddin Dagar, the eldest of the Dagar family, on first hearing Uday’s performance in 1987, blessed him with a Gold medal.

Uday has an engaging style and is able to reach out and communicate with audiences of all backgrounds. He is a very sensitive teacher and has a devoted following of students committed to pursuing the path of Dhrupad. His workshops are always stimulating and he is supportive of all participants’ efforts whether professional musicians or small children.

Uday has received prestigious awards including the Kumar Gandharva Samman given by the Chief Minister of Madhya Pradesh (2001) and the Raza Foundation Award (2007) given personally by S. H. Raza the famous painter. Uday has been blessed by Ustad Zakir Hussain who accompanied him on the Pakhawaj at Prithvi Music Festival Mumbai. Pandit Suresh Talwalkar and Shri Sukhvinder Singh Namdhari have accompanied Uday on the Tabla in prestigious concerts.

Uday Bhawalkar has joined ITCSRA as a visiting guru from June 1, 2012. 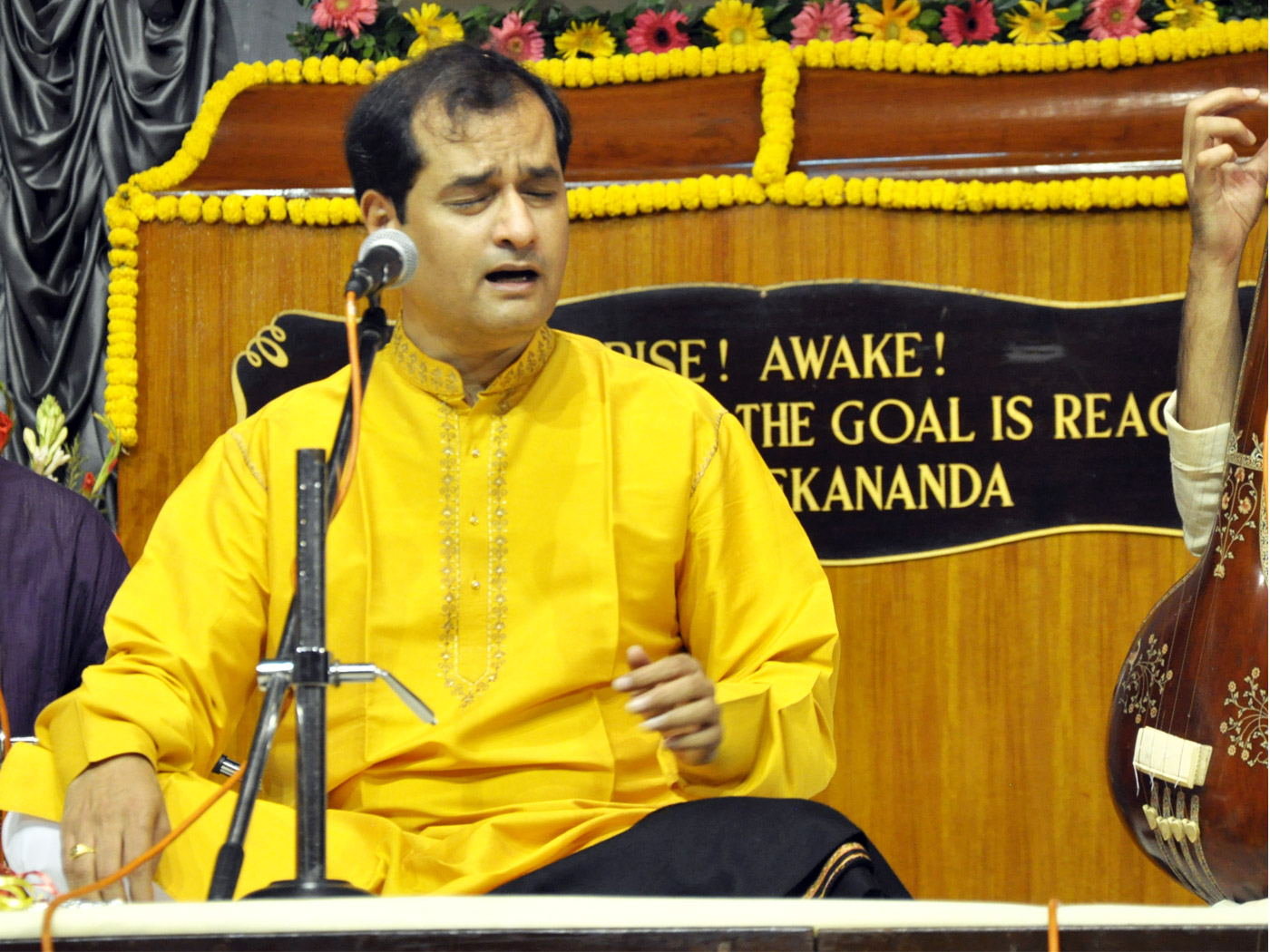