One of the most popular vocalists of India today, Pandit Ajoy Chakrabarty joined ITC Sangeet Research Academy in 1978 as its first scholar. He later became one of the youngest Gurus of this academy, an honour that he cherishes. He stands today, internationally acclaimed, as an extraordinary artiste who holds sway over the various forms of Hindustani Classical Music, equally at home with other genres of Indian vocal music.

Ajoy Chakrabarty was initiated into music by his father Shri Ajit Chakrabarty. He was later trained by the likes of Kanaidas Bairagi, Pandit Jnan Prakash Ghosh and Ustad Munawar Ali Khan. He has brought imagination and sensitivity to the lyrics of his music, coupled with an uncanny sense of rhythm. On the academic front, his brilliance combined with his exceptional talent also earned him gold medals for his B.A Honours and M.A examinations of Rabindra Bharati University, Kolkata.

His prodigious list of awards includes the Padma Shri Award in 2011, the Kumar Gandharva Award in 1993 and the Sangeet Natak Akademi award for 1999-2000, among a whole host of others. He is the first classical vocalist of India to have received the President’s Award for the best male playback singer in 1990 and he was the first Indian classical vocalist who was invited to perform by the Government of Pakistan. Innumerable cassettes and CDs published across the world endear his music to even those listeners who do not understand the language of the lyrics. He is also the author of several books.

Ajoy Chakrabarty has been proving with a good measure of success that Indian classical music, if understood and practiced properly, can contribute to international amity and understanding. Through his many albums and CDs and his extensive concert tours, he has attempted to build bridges between India and the West. Committed to sharing his research and immense knowledge with future generations, his numerous students have been doing extremely well, foremost among them being his daughter, Kaushiki. 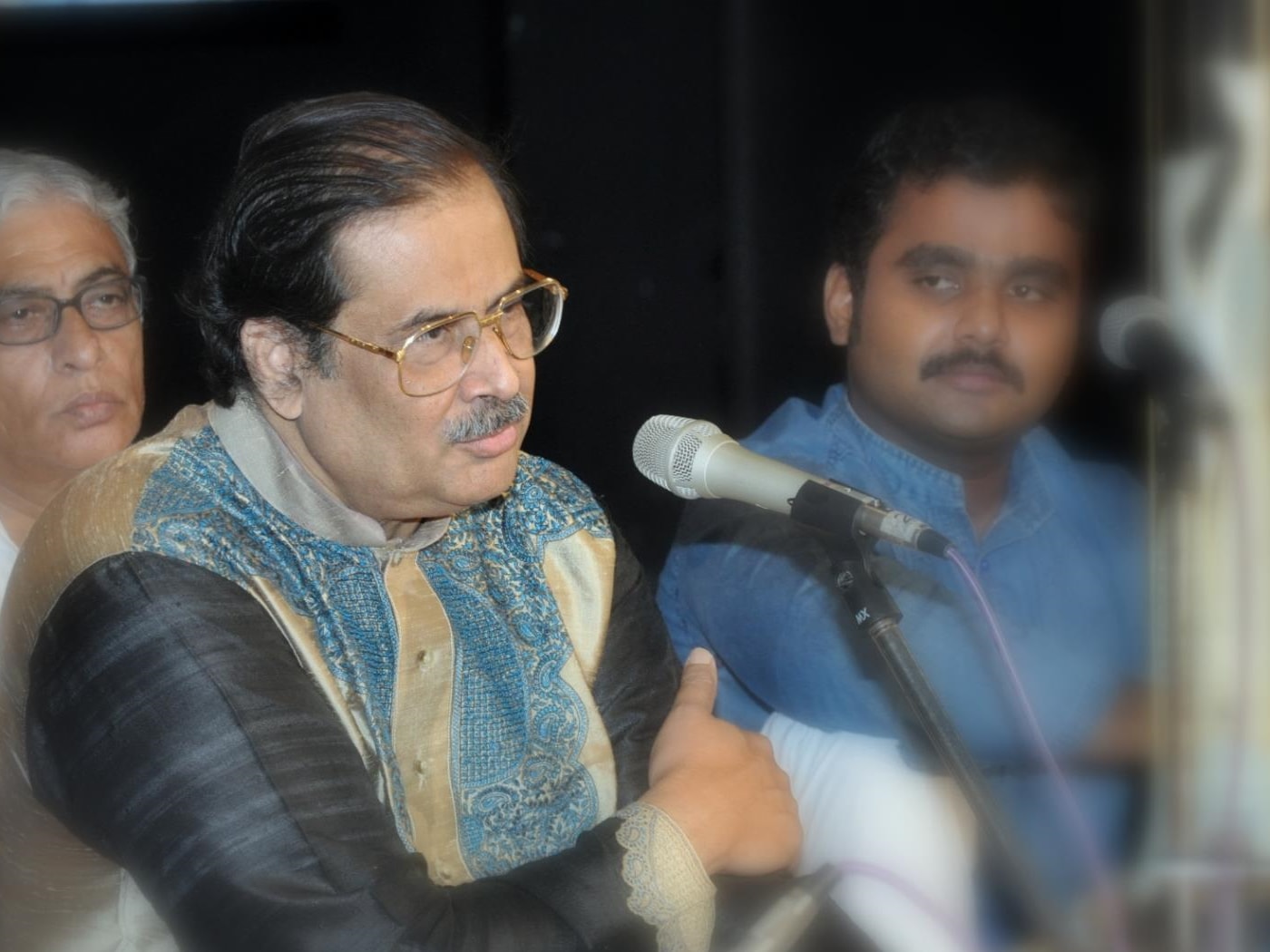